Alton and the Churnet Valley (Staffs). 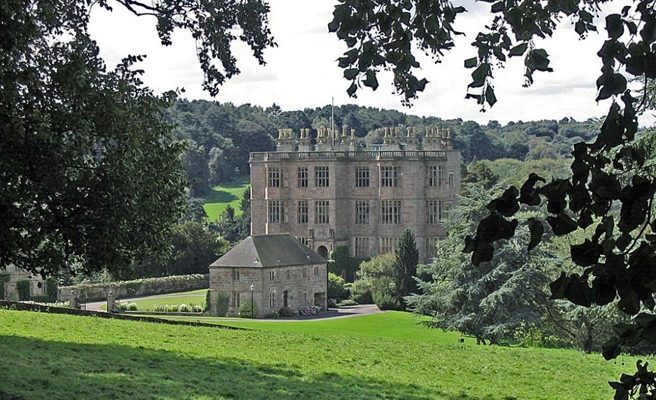 On the 24th July, we have another exhilarating adventure in a relatively unknown area on the southern fringes of the White Peak, visiting Waterhouses, the Weaver Hills, Wootton Lodge, the JCB Test Track (honest!), the amazing village of Alton and the beautiful Churnet Valley. The distance is approximately 12 miles.
Our perambulation begins in Waterhouses, just west of Ashbourne, where public toilets are available. From here we climb gradually towards the beautiful Weaver Hills. Along the way, we traverse the lower part of Huddale before skirting the eastern edge of the incredible limestone quarry workings at Caldon Low. At one point there is a viewing platform giving an excellent view of the workings. We cross the A52 road and continue past Wardlow Quarry before our final climb to the trig point at the top of the Weaver Hills (371 metres). The view from here is stunning on a clear day. In stark contrast to our gentle climb up the northern side of the hills, the southern side drops sharply below us, offering great views of the surrounding countryside. In the distance we hope to see The Wrekin near Telford, the Central England Plain, the hills of Leicestershire and a sneak preview of Wootton Lodge down between the trees, a mile or so away. There are several large tumuli visible on the hilltops to our immediate left. Ample justification for a nice break to absorb the magnificent vista.
We then descend gently to the tiny village of Wootton, partly along a track called Gidacre Lane. We follow the road towards Ellastone for a short distance before branching off on a footpath down towards Parkgate. We pass through the grounds of Wootton Lodge, an outstanding Grade I listed 17-th century building. This is nowadays owned by the family owning the JCB organisation. We get an excellent view of the Lodge towards the end of our walk through the parkland. Our exit from the park is also dramatic, with a very unusual take on a hole in a wall!
We descend for a short distance along the oddly-named ‘Waste Lane’ before skirting the northern edge of Brookleys Lake and across the JCB Test Track. Will they be racing JCBs on a Sunday? Probably not, unfortunately! Beyond this, we are quickly at the edge of the infamous ‘Alton Towers’, which we skirt for a short distance before descending to the River Churnet and crossing the valley to the far more beautiful and interesting village of Alton itself. This will be our main break of the day. Alton is spectacularly located on a steep hilltop. It has pubs and many other interesting buildings. Most notable is the Gothic Revival ‘castle’ perched atop a huge escarpment overlooking the river. This is now a church Youth Retreat Centre. Much of the rebuilt castle, including the spectacular chapel, was designed by Pugin.
After some well-deserved rest and refreshment, we head out west along the Churnet Valley. After clinging to the hills for a while we descend to a famous tourist spot called Lord’s Bridge, where the ‘Ramblers Retreat’ is found. This is a former railway station converted into a ramblers café. From here, two alternatives are proposed. For those who wish to avail themselves of the café’s facilities, there is the option of a gentle walk back along the old railway trackbed to our finishing point at Oakamoor. This will also suit those with tired limbs or too weak to resist a cool pint or two at the pub in Oakamoor. The alternative is to stick with the main group, which will follow a tributary of the Churnet up Dimmingdale. This is a very pretty, steeply-sided wooded valley, highly recommended to aficionados of beautiful scenery and not much longer in distance to the shorter route.
Our final destination is Oakamoor, which has public toilets (not guaranteed to be open by the time we arrive) and a nice old-fashioned pub called ‘The Cricketer’s Arms’. We shall be picked up at 6:30pm at a bus stop almost next to the pub for our journey home. As usual if we get there early, we may bring the departure time forward. Looking forward very much to seeing you all on the day! (Text by Richard Lake).

Coach pick-up points below. No need to pre-book. Just turn up. Coach fare £12.

are proudly affiliated with The Ramblers Association